I’ve noticed a lot lately that people have been mixing up being anxious and having an anxiety disorder. Yes, the essential feeling is the same for both, but having an anxiety disorder is so much more than just feeling anxious about things. I’ll be talking to someone about Anxiety and what it’s like, and they’ll respond with, “When I am feeling anxious…. Sometimes I feel anxious, so I know what you mean…” Sorry, but you don’t know what I mean. You can relate to the anxiety feeling, but you don’t know what I mean.

Those who have an anxiety disorder, weather it be Generalized Anxiety, Social Anxiety or Panic attacks, don’t just feel anxious sometimes… It’s literally all the time, and about things that others normally wouldn’t feel anxious about. It’s not a feeling for us that just passes easily. We think more into it, to the point where we are now thinking about our future and how we can avoid this situation that caused our anxiety to flare up, next time. It’s more than just worrying about getting on a plane, or the stress of bill. People who don’t have an anxiety disorder can handle their anxious feelings… Most of the time, we cannot. I mean, eventually we do handle it, but not without days, weeks or even months about worrying about it and losing sleep over it and physically making ourselves sick over it first. Even when we do eventually handle it, chances are that anxiousness about that thing will come back or will have never left… Most the things we have anxiety over almost always stay with us. It becomes a permanent worry.

When you tell someone that you don’t have an anxiety disorder, but you know how they feel because you feel anxious sometimes, belittles our Anxiety. You feel anxious sometimes, we feel anxious all the time about everything if not, most things. You can solve the issue that your having that is making you anxious, and then your anxious feeling goes away. Those with a disorder, don’t work that way. See what I mean? If a once in a lifetime thing happens in our lives and it flares up our anxiety, that will be a forever fear of it happening again even though chances are that it won’t. That’s how Anxiety disorders work.

So, my family and I play the game Magic the gathering, (For y’all that don’t know what that is, it’s a nerd game with creature cards that you battle against others) but I haven’t played in over a year and haven’t even touched or thought about my cards that I have until just recently. My husband and my step son started playing again, and when I was watching them, I noticed that one of them had one of my cards from deck. It instantly gave me anxiety that they were using my cards from a deck that I built because of the worry about the card getting lost. I haven’t play in a while, like I stated, so it shouldn’t bother me, but it does. I thought about every reason why it bothered me. One being the what if they lose it. Second being, what if I decided I wanted to play again, and I wanted that card (which I have three of) but it’s lost. Yeah, this kind of anxiety sucks. Of course, I express my irritation of them using my card, but with that, I’ve made them feel bad for using it when it shouldn’t be a big deal, since I have multiple of that card and the fact that I haven’t played in a long time and don’t have the desire to. 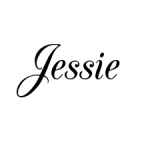