On August 23rd, the 3 year old body of Dejah Hunt was found in a duffel bag, in the closet of her MOTHER’S residence here in Las Vegas! The day before her body was found, her mother called 911 from an Albertson’s shopping center to report her missing. She told authorities that Dejah just wandered off. Authorities later found discrepancies in her story and searched her house where they found her body. Dejah died of blunt force trauma. Mother stated that she beat her because she wet herself. Mother had other young children that showed signs of abuse as well. Mother was arrested and charged with murder.

On September 2nd, the mother to 3 Daniel Theriot called 911 to report her son missing from Sunset park here in Las Vegas. However, the next morning, Daniel’s body was found near Lake mead national recreation area… no where near sunset park. His body showed signs of abuse. The mother and her boyfriend were arrested for child abuse with murder charges pending.
Mother called 911 around 9am on Sunday morning and Daniel’s body was found early Monday morning. Corner said he may have been murdered 12 hours BEFORE mother’s 911 call on Sunday. Before the 911 call, neighbors saw his mother and her boyfriend carrying a box to their car. Daniel’s younger brother was there, but Daniel was not.

HOW?! How can a mother that carried their babies for nine months and birthed them, harm them?! How can a person, let alone a MOTHER hurt a child, their child?! Those sweet babies counted on their mom’s for protection and love and the number one person who should of protected them from evil were the ones who showed evil towards them. I just don’t understand. Why?! I know being a mom can be difficult and there are a lot of really hard days, but too hard that they had to take innocent lives?! NO. Definitely not. There were other options instead of these evil, heartless crimes. Someone could of helped these mothers if they were struggling that badly!

Those babies counted on their Mama’s and they failed them. They were only 3 years old…

Being a mom, this hit me hard. When I look at my daughter, I see pure love and joy. I have difficult days with her, but that’s when I know she needs me most. She NEEDS me to guide her, teach her, be there for her, comfort her, and love her. My daughter trusts me with all of this…with her life, something of the most significance… I will never betray her trust. EVER.

I’m utterly sadden that Dejah and Daniel did not get to experience this love. Rest in peace, babies.

The world is actually a beautiful place… It’s the heartless humans who make it sad.

Hold your babies a little tighter for a little longer. Love them hard and hug them soft. Protect them always. They count on you… they NEED you. 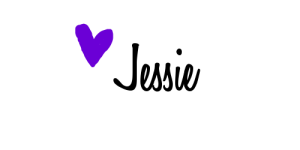