Over the past month, I’ve been at three different hospitals, multiple times with other people. I was at one hospital so much that the nurses recognized me. I told them that I would never come here for myself… I didn’t knock on wood I guess.
First I went to urgent care on 12/26 and was told that I had a sinus infection, respiratory infection and bronchitis. This Doctor only prescribed me an antibiotic and a nasal spray. Nothing for my horrendous cough. Nothing for my body ache and nothing for not being able to breath. Two days later, I went to the ER because I felt worse and I started having severe chest pains and was having an even harder time breathing. I get there and of course, it is crazy busy. There is like 15 people waiting in the waiting room. I’m having chest pains and they have me wait 20 minutes in the waiting room… I lived obviously.

Because there was so many people in the waiting room, I had to wear a germ mask so I wouldn’t cough on anyone which was convenient because it hid my mouth so no one could see me laughing at them. Just because you are sick and at the hospital Brenda, doesn’t mean that the entire waiting room wants to know about your sex life and martial problems. I just don’t understand how anyone could be so loud about their personal business for everyone else to hear. Brenda was fighting with her husband I guess it was (Brenda is a name I gave her btw) and was telling him how she was done doing this for him and his mom (why is his mom involved anyways???) and yadda, yadda, yadda. Well, either Brenda is bipolar or she got over her problem with her husband and his mom real quick because Brenda was telling her husband how much she loved him and acted like nothing happened, like an hour after she freaked out on him in the waiting room. lol. Brenda also almost got into a fight about a freaking chair that someone was going to sit in… Brenda was sitting in a wheel chair… *Facepalm*.

So when I get called back, they take a chest X-ray  and then send me back to the waiting room for another 15 minutes… They call me back a second time and draw blood. I never did get a bed or even a room with a curtain. I got a chair in the hallway. An uncomfortable chair I might add. Lol. They gave me IV fluids because I was really dehydrated. They did an EKG test because of my chest pains.
The two nurses I talked to kept insinuating that I wasn’t really having chest pains and that it was just chest congestion… I know the difference, thank you.
I think I was at the hospital for around 5 or 6 hours and had:
-Chest X-ray
-Blood work
-2 bags of IV fluids
-Urine test
-Breathing treatment
-Steroids to open my air way
-Antibiotics
-Cough medicine with codeine

All lab results came back normal they said. I still didn’t feel any better. I thought I might of had pneumonia, but they said I didn’t have that or any of the 3 diagnosis that the Doctor from the urgent care gave me. The doctor from the ER told me that I did have some kind of virus though. When I asked her if this virus had a name, she said, “A cold…?” What kind of cold is this?! I am going on 10 days of this “Virus” . Constant coughing and body aches from the coughing. 9 days of antibiotics, nasal spray, cough medicine, and an albuterol inhaler and I still feel like death. I literally don’t feel any better at all and I swear, this cough medicine with codeine is giving me strange dreams at night. Pretty sure the ER staff was just trying to get rid of me because after anything they gave me, literally like 30 minutes after, they’d ask if I felt any better and when I would tell them no, they would disappear. Needless to say, this sucks. 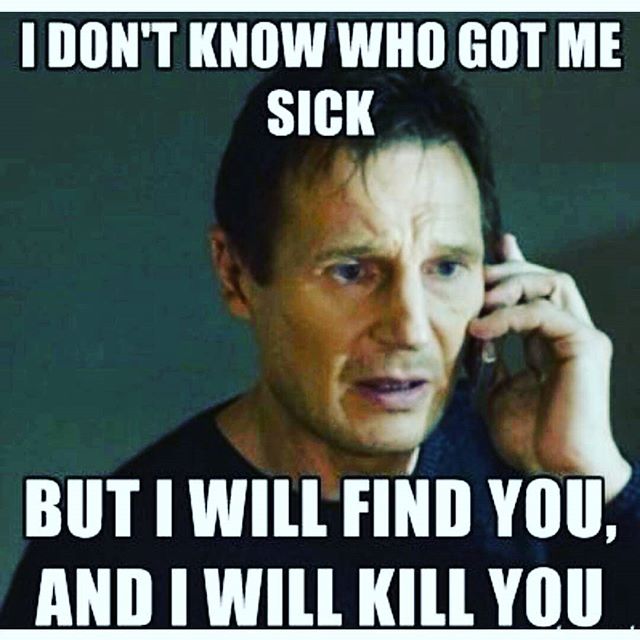